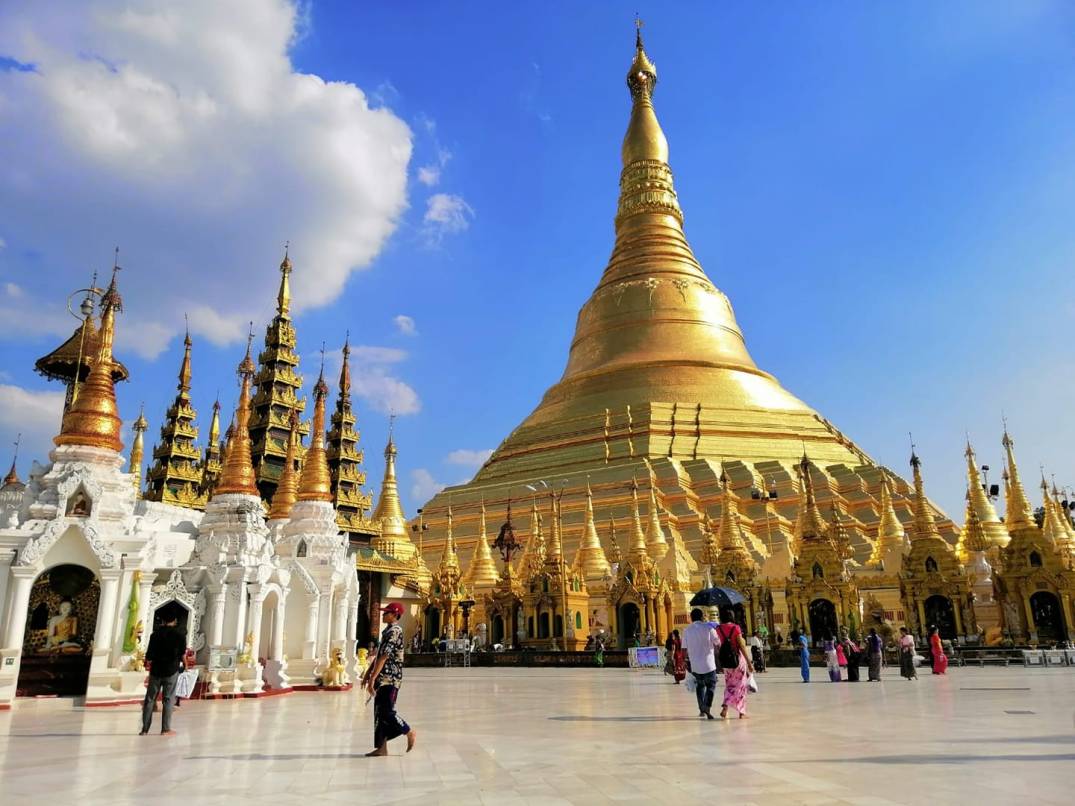 Checking my last post, it’s already been slightly over two years since. Of course, we all know how the world has changed since then. At the time of writing, countries all over the world are still struggling to contain the 3rd or 4th wave of the coronavirus pandemic – more than a year after the virus outbreak in Wuhan, China. Not going to sound a bit sci-fi or religious, but it felt like we survived an “Armageddon” of sorts and stepped into a “whole new world” after 2020. 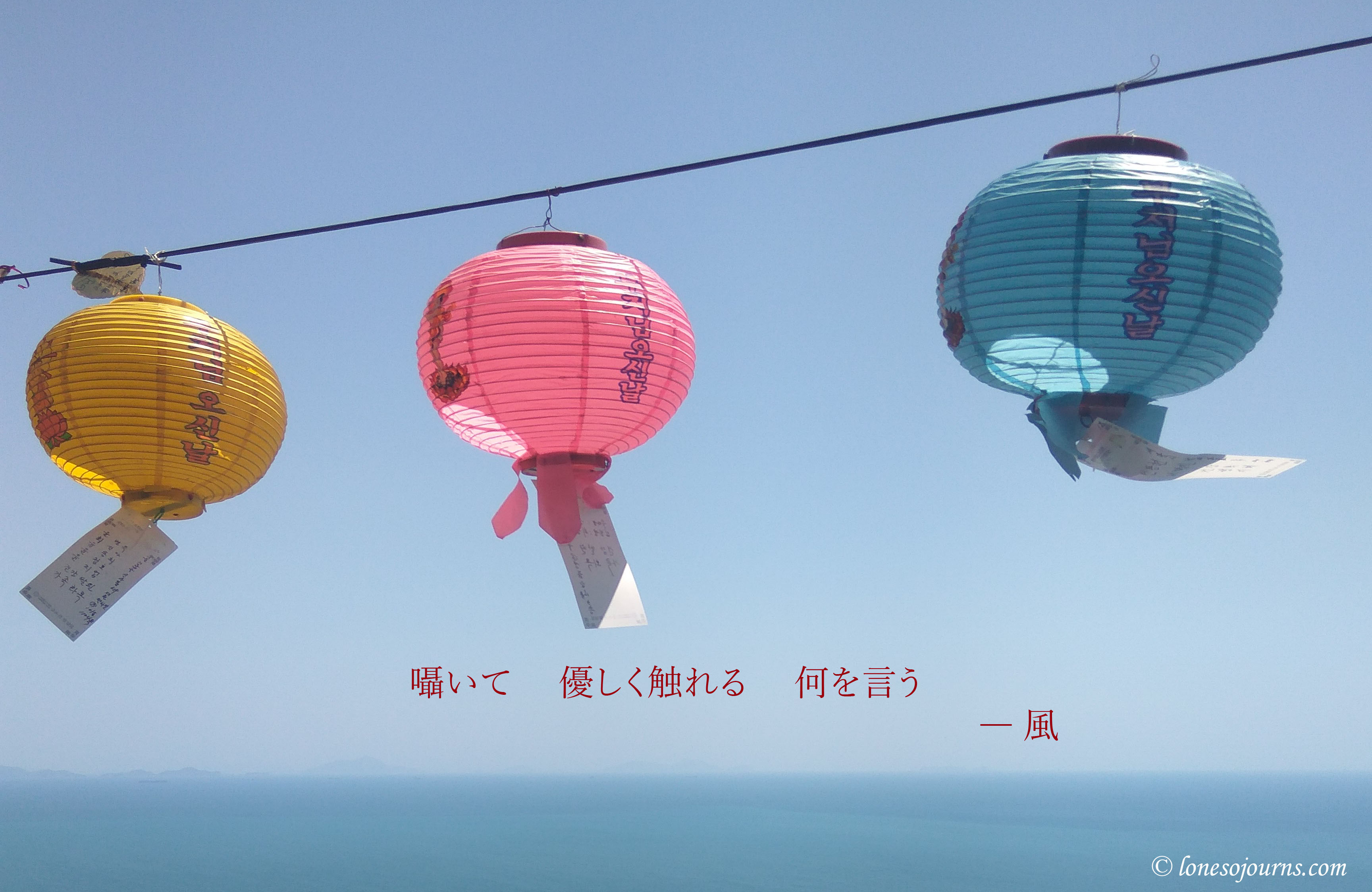 I hope you have enjoyed the trio of haiku (俳句) from my previous posts. It’s actually my maiden attempt at writing haiku . In fact, I’ve had to read up on the rules and conventions / stylistics of writing haiku before giving it a crack myself.

Native Japanese speakers or non-native speakers proficient in the Japanese language may even find the grammar or my choice of words used in the haiku somewhat strange, and I can only apologise for my own language shortcomings.

What I do try to convey through each of these haiku is a state of mind or an emotion that works symbiotically with an accompanying photograph to capture or express those thoughts / feelings / emotions at that point in time (i.e. when the picture was taken).

Instead of three parallel lines, I chose to present the haiku in a single line in the classic Japanese way, like the script on an omikuji (おみくじ) strip.

However, I have deliberately left out any explanation of the haiku in all my previous posts, so that you can draw your own meaning or interpretations.

I hope to come up with more of such posts in future, as and when inspiration strikes. 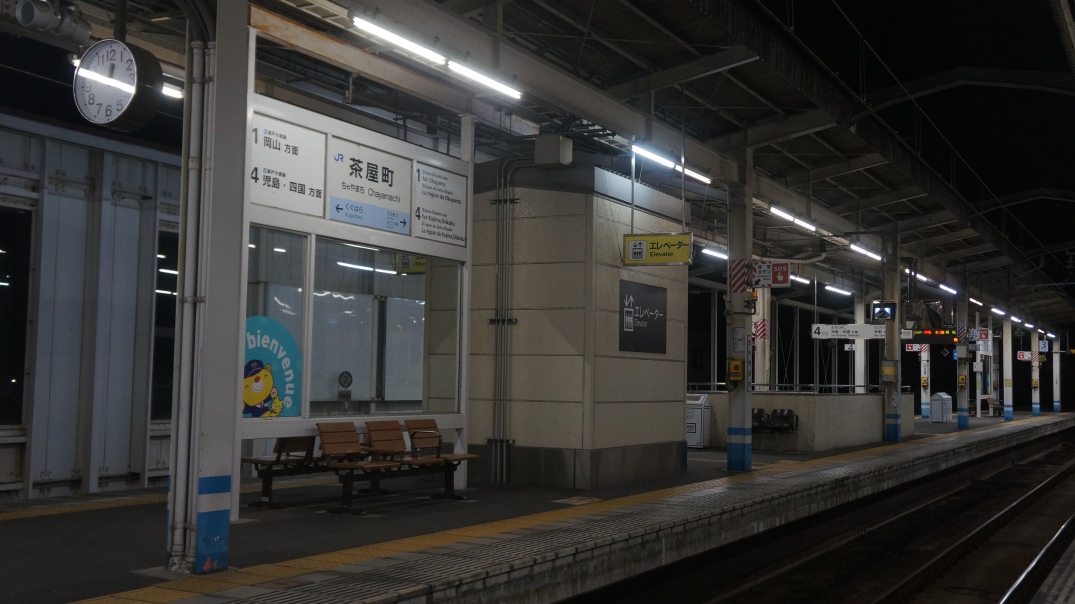 I promised to get out of Japan in my previous (and last post of the year) in 2018 but seems like there are still a few stories left in my shelf that I haven’t been able to pull out. In the words of the great Italian-American actor Al Pacino “Just when I thought I was out…they pull me back in.”

And so I present to you this post, which was inspired by a fellow blogger’s comment (Do check out her travel exploits in Japan. Jennifer has probably covered more places in the Land of the Rising Sun than me, and her photos are so gorgeous your eyeballs will be glued to her blog).

Here’s wishing all my readers a Prosperous Year of the Pig in 2019!!! (Excuse my Chinese-ness. Chinese people love prosperity above all things). *sings* Money, money, money… Must be funny… In the rich man’s world…

Of course, prosperity is not restricted to money and fortunes. So here’s wishing you prosperity in all areas of your life, be it health, family and career!!

I spent my New Year in 2018 at Chayamachi Station (茶屋町駅).

My friend and I had intended to catch a train from Okayama Station (岡山駅) to visit the celebrated Kibitsu Shrine (吉備津神社) of Momotaro fame for hatsumode (初詣, a tradition observed by my Japanese on the first day of the new year to pray for safety, peace or well-being in the new year).

But… we ended up taking the wrong direction.

A quick check with the few commuters on board after our gut told us that something was not quite right about confirmed our initial suspicions.

We had taken the wrong train!!

Instead of taking the Momotaro Line (桃太郎線), we had hopped onto the Seto-Ohashi Line (瀬戸大橋線) bound for Shikoku (四国).

So we hastily got off at the next random station, and found ourselves at Chayamachi Station (茶屋町駅).

When the clock struck twelve, we could hear temple bells ringing from different directions (each temple bell is supposed to ring 108 times by the way, to symbolise the cleansing of the 108 worldly desires of the flesh according to Japanese Buddhism) at the station, creating a discordant symphony of sorts.

It was a surreal experience, given our original intention was to catch the ringing of the bells live at the temple itself.

Midnight at a deserted train station, just my friend and I. We didn’t kiss in the New Year, unfortunately.

When the return train to Okayama Station came, after having waited for almost 2 hours, we were so excited (and relieved) that we jumped for joy on the platform.

When we finally got off at our desired station, which shares the same name as our destination temple (吉備津駅), it was almost half past three in the morning.

However, to our pleasant surprise, we found ourselves in good company. No need for Google Maps as all we had to do was to join in the steady stream of Japanese making their way to the temple from the station.

There was still quite a queue up to the main hall of the temple but it could have been worse.

I offered to buy us some snacks (piping hot sweet potatoes) from one of the food stalls that have been doing brisk business next to the temple’s car park.

We soon found ourselves moving at a steady speed up the stone steps, and soon we were standing before the main altar.

We clapped twice, whispered our prayers, and bowed.

P.S.: This post is dedicated to Alicia Loh, who counted down 2018 with me at Chayamachi Station, and also braved the freezing morning chill to queue for our first omikuji of the year. 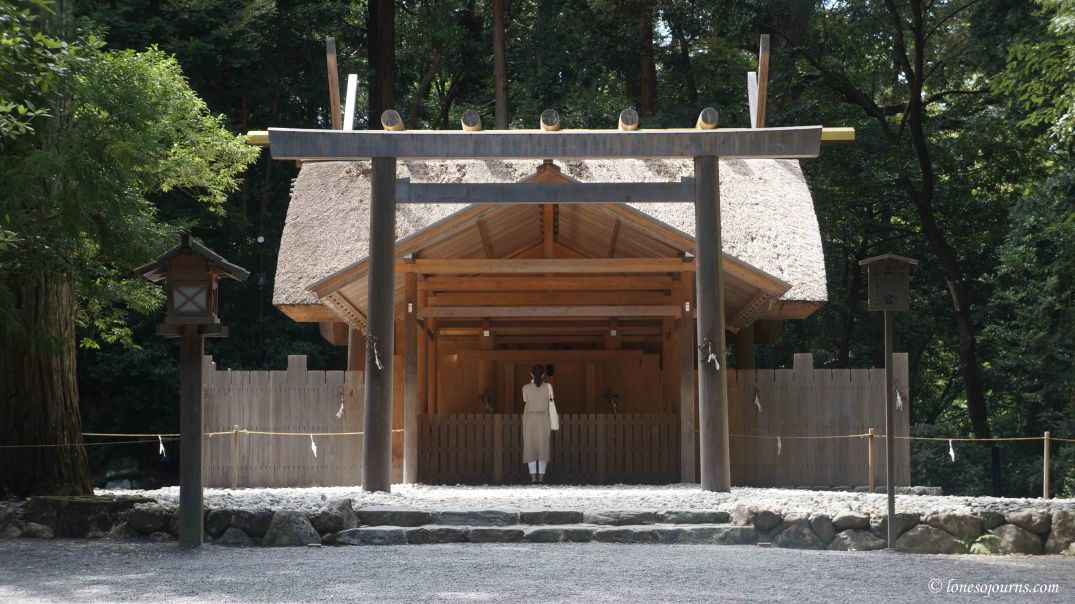 It’s impossible to talk about spiritual spots in Japan without including a discussion of Ise Jingu (伊勢神宮) or Ise Grand Shrine. After all, this shrine is widely acknowledged by many Japanese as one of the most scared Shinto shrines in Japan. 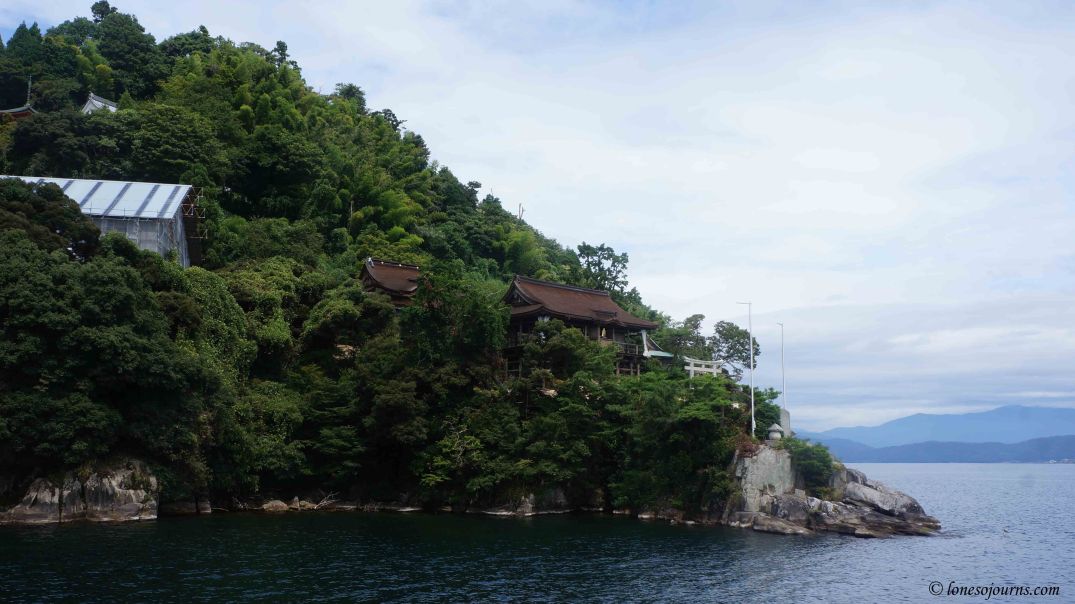 This tongue twister of a name is NOT a joke. Not only is it a real island, but also one that happens to be one of the top three spiritual spots located in the mysterious yet enchantingly beautiful Lake Biwa, in Shiga Prefecture. 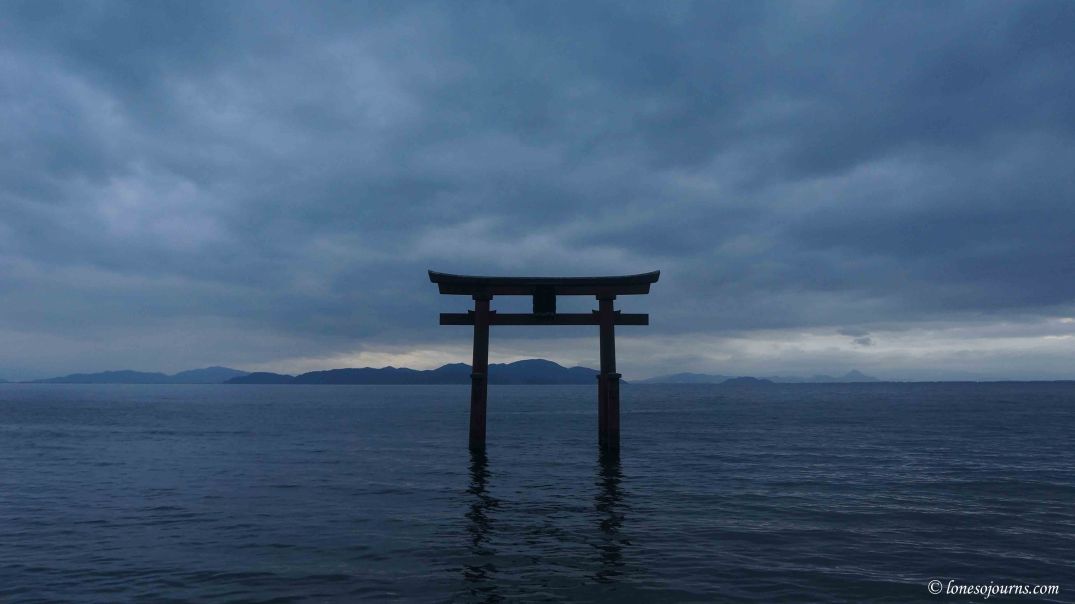 Fall is almost over in Hokkaido, although you wouldn’t know that here in sunny Singapore. To be honest, me neither. It’s almost two months since I moved back for good from Japan.

Fall is the best season to visit Hokkaido or anywhere in Japan in my opinion, because the islands (save for Okinawa) will be slowly clad in a mesmerizing patchwork of crimson, mandarin and golden hues from north to south, beginning with Hokkaido. With Halloween around the corner, fall is also the best season for ghost stories (although some believe summer to be the best). 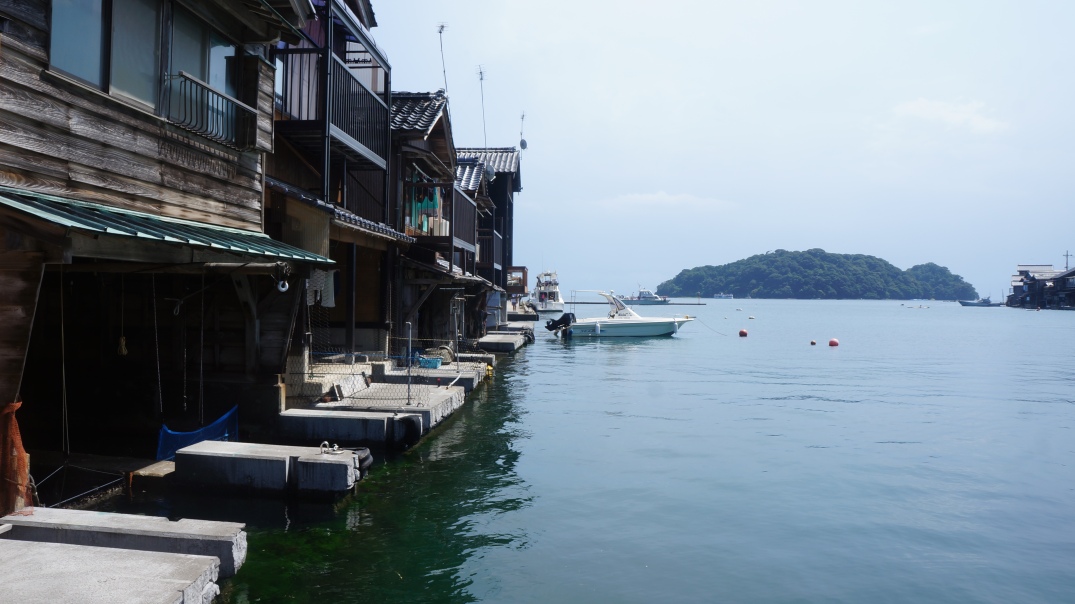 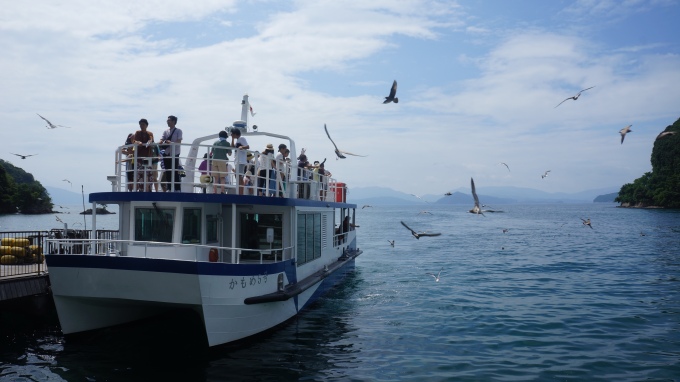 As the ferry left the somewhat makeshift dock, the birds started circling round us. And I realised that’s why packets of prawn crackers are being sold for 100 yen per packet at the dock. People were holding prawn crackers aloft for the birds to swoop in for the ‘kill’.

Obviously, some got scared before the claws could reach out and ended up nervously throwing the crackers into the water, inevitably causing feathers to ruffle (literally) in the aftermath of their actions. These birds must have been conditioned to depend on these crackers for their daily feed.

I wondered if we are slowly killing them.