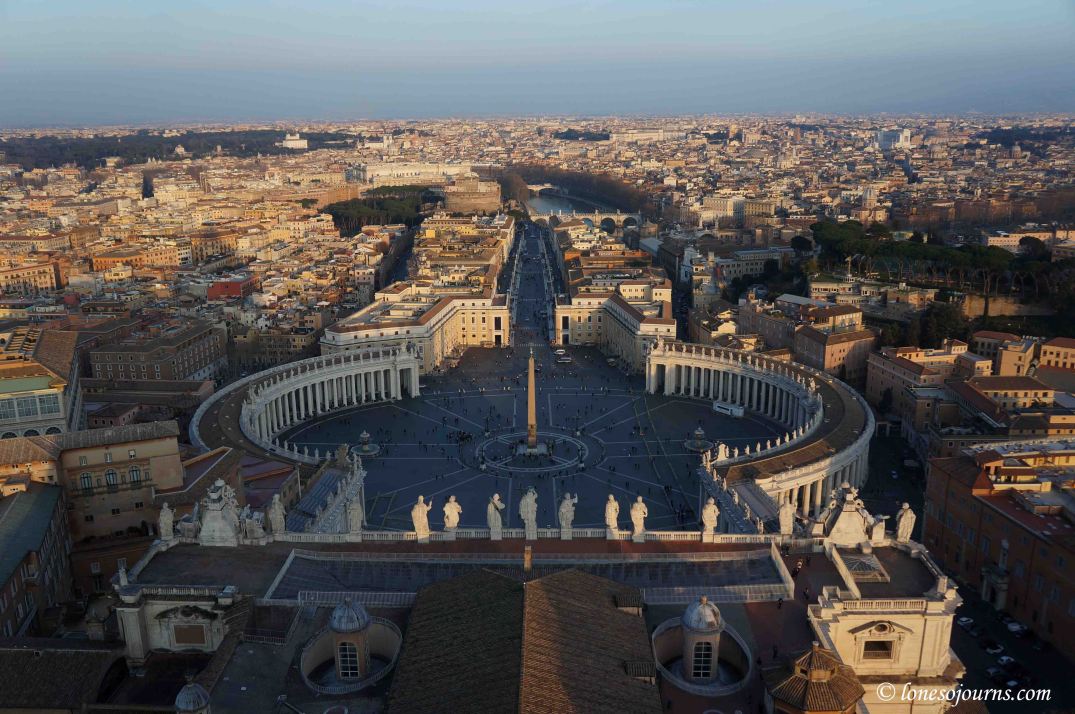 Romanticising about Rome is not the same as loving it. That’s something I wanted to clarify, given how I have waxed lyrical about the Eternal City in my previous post.
Beautiful though it may be, there were times I felt a little lost in translation. Prior to visiting Rome, I have been warned by many friends and family about pick-pocketing and bag-snatchers. I personally witnessed at close proximity a Roma (gypsy) woman try to put an arm around a girl (who’s probably no older than 20) while with her other hand, attempt to reach into her handbag. And this incident took place a few steps from the grandiose Church of Santa Maria Maggiore.

The irony of it all really, when you take into account that to get into the church, you would have to pass through security and bag-check. Here, a few steps behind the church, petty crime like stealing and pick-pocketing go on, unchecked. 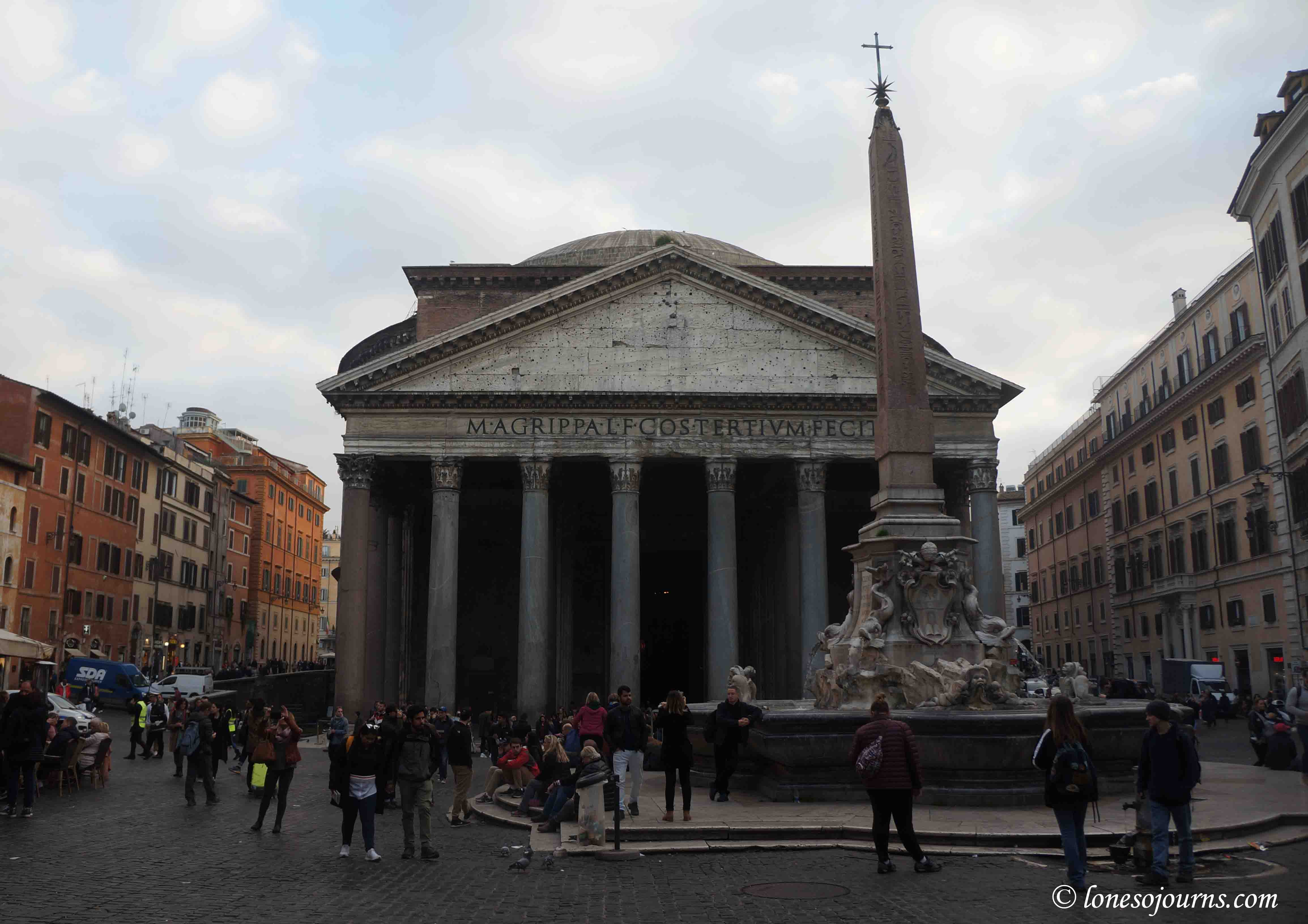 I also notice the tight security at major attractions like the Colosseum, the Vatican Museums and the aforementioned church. That’s the new norm, unfortunately, in a world forever changed after the events of September 11. For some strange reason, I actually felt reassured when I see soldiers patrolling the streets. 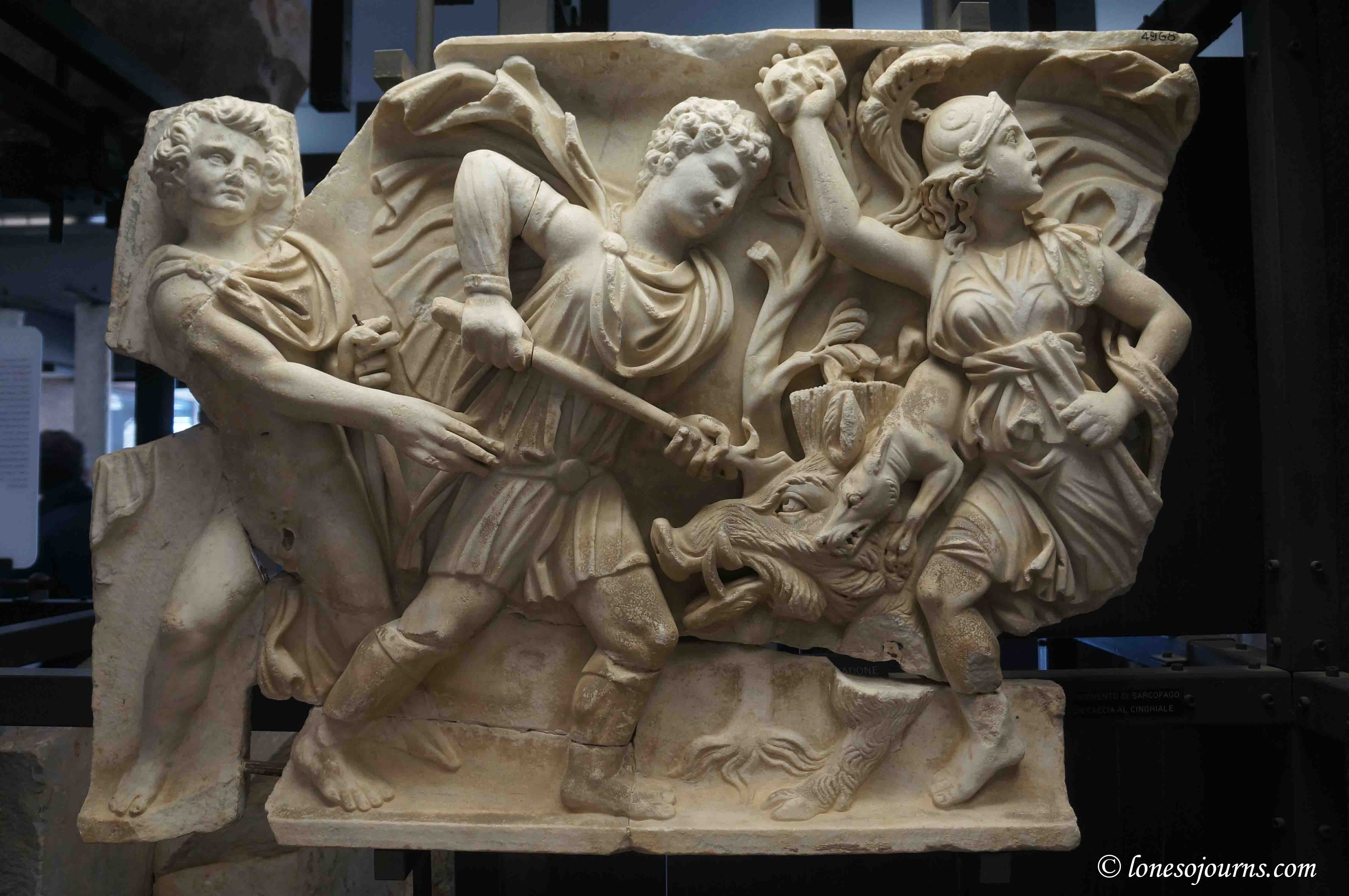 But, in this new world, there’s also a sense of frustration, of isolation, of apathy. I saw many beggars on the streets, mostly Roma men and women, both young and old, but also Italians as well. Lured by the promises of a better life in a big city perhaps, these people came here in search of jobs. But, with no authorised permits and high unemployment among the Italians, they took to the streets, prostrated with a cup in hand. 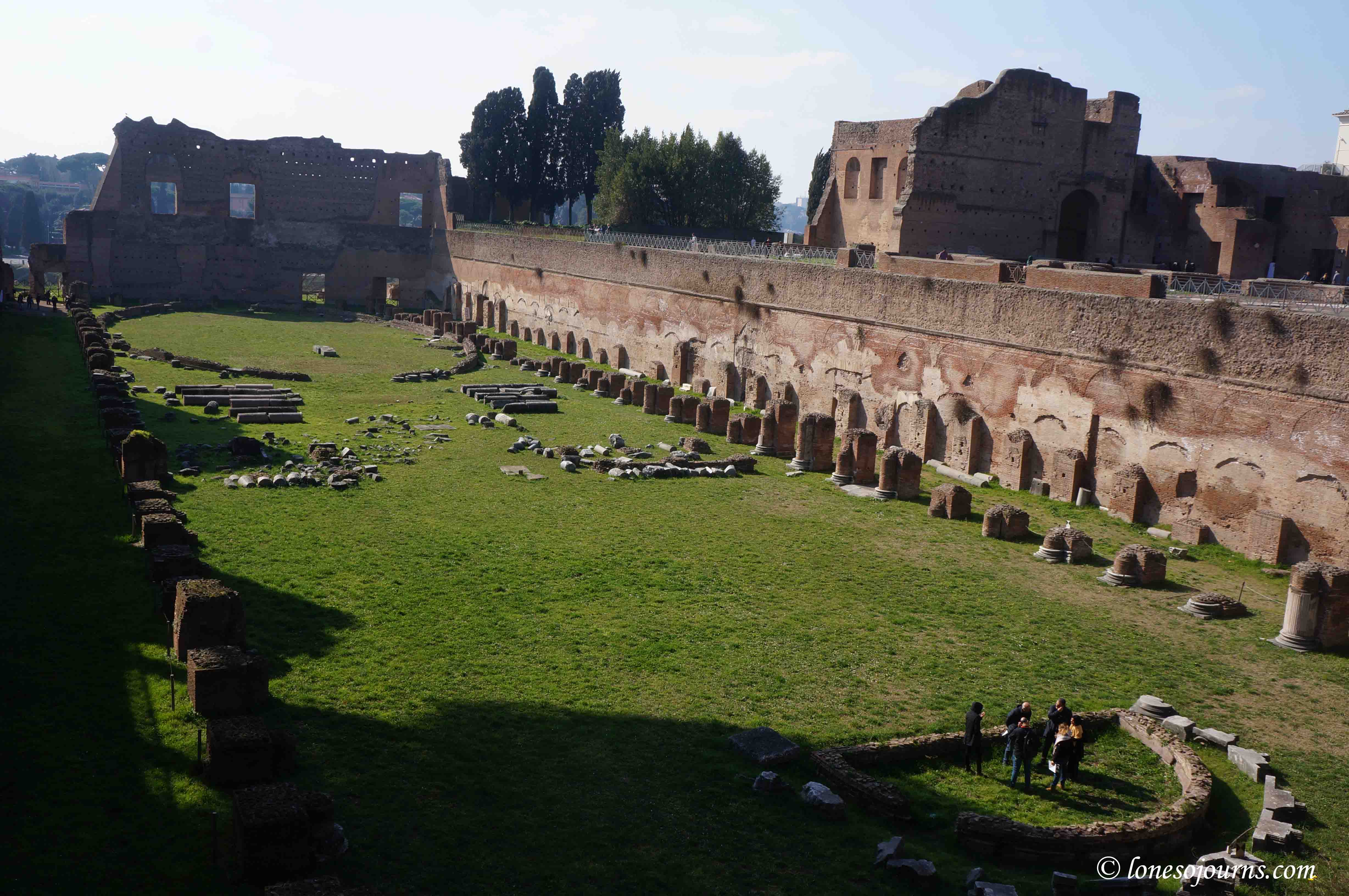 On one night when I had to make my way back to my hotel from the Spanish Steps (because the metro stopped operating after 10), I passed many homeless on the streets, swaddled in dirty blankets (their only piece of ‘furniture’). Perhaps out of fear, I avoided their eyes, and ignored their mumbled utterances in Italian.

And then, there are the African migrants. They mostly hang around the Colosseum and the road just outside the Roman Fora, dangling bracelets at passerbys or selfie-sticks. Some made an attempt at some small talk before delivering their sales pitch, although I’m not sure comparing the colour of their skins to mine counts as a genuine attempt at PR.

At the hotel where I was staying, a new breed of economic migrants were present – that of the educated, Italian speaking Asians, working at the hotel reception. They hailed from countries like the Philippines, Indonesia and Vietnam. They greeted me with a forced smile, their manner of speech professional but ultimately hollow and cold.

So, beautiful as Rome may be, the familiar trappings of a big city are obvious everywhere you look. Immigration is a global issue, and one that my Italian room-mate at the hostel-hotel I’m staying was not keen to discuss, although he dryly admitted that many Italians do not have a job. 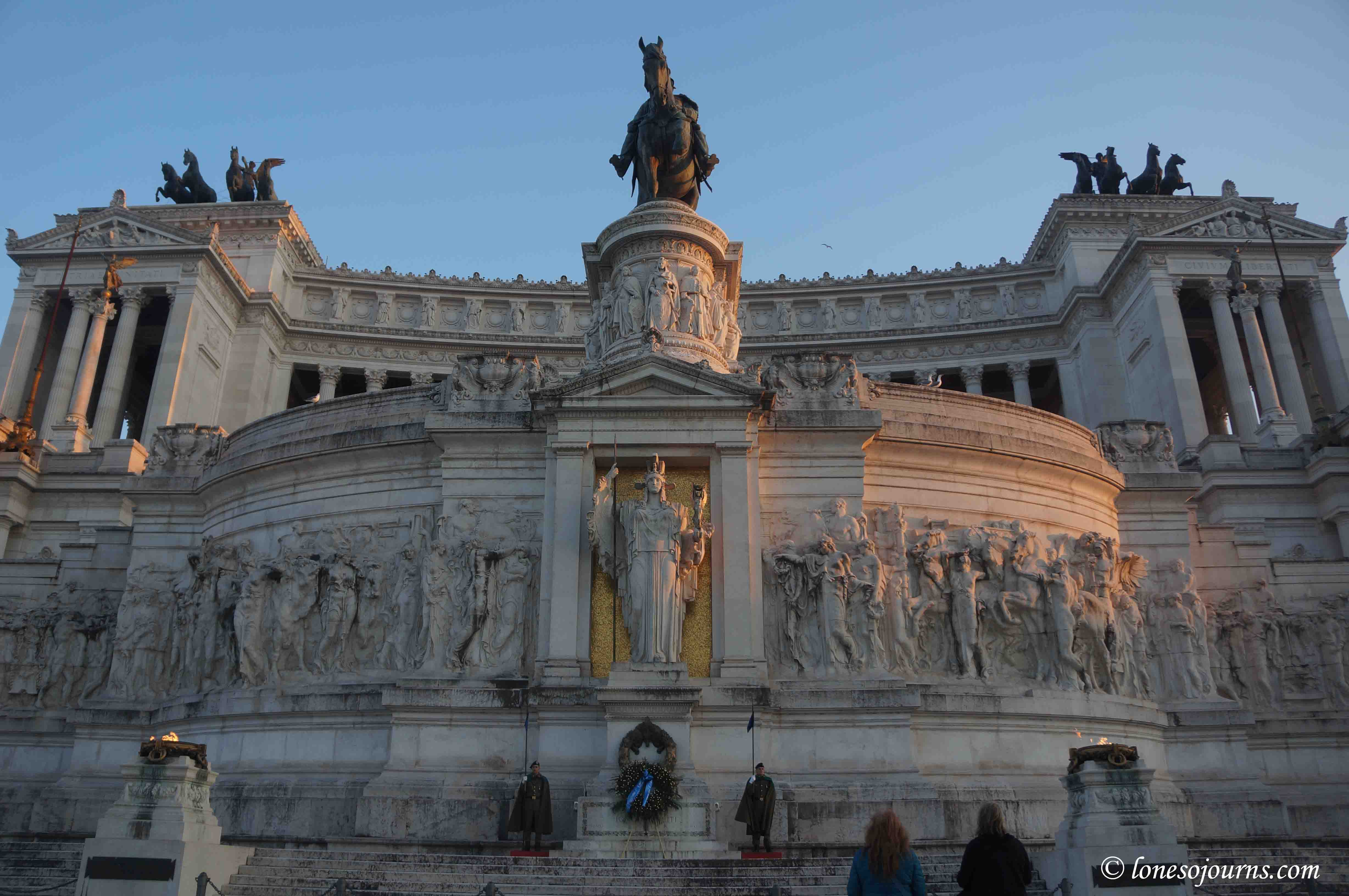 Fortunately, my pockets had not been picked, nor had my bag been snatched. But, suffice to say, I didn’t feel at ease in Rome. I felt like I was constantly on guard. I flinched when someone brushed against me. After which I would hastily swing my bag around and check for any open zippers. I clutched my camera close to my chest as I walked past the alley behind Roma Termini Station, littered with African peddlers selling fake leather goods and football jerseys.

Beautiful as Rome is, I was lost in all these lamentations. Then again, I suppose Rome is just like any other major city in Europe, not any different from Barcelona, Milan, London or Berlin. And I’m sure the same feelings / thoughts would surface again as I continue my exploration of other Italian cities. I just have to explore the city with my eyes (and mind) wide open.     LS