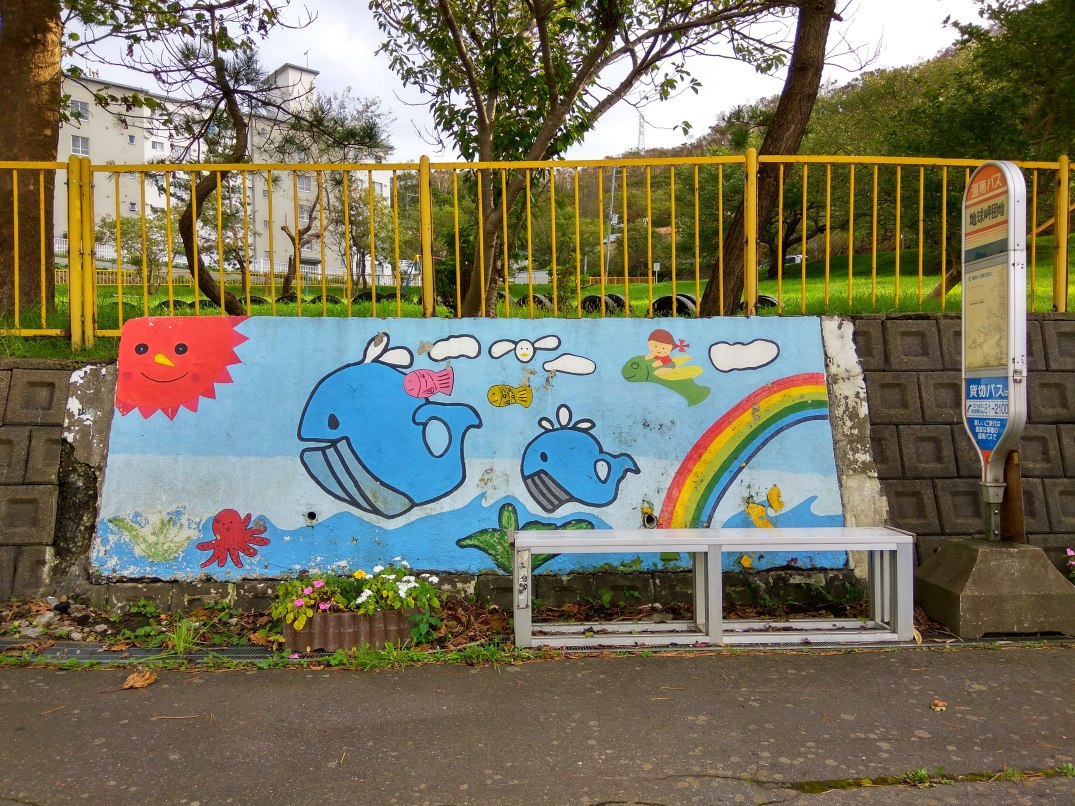 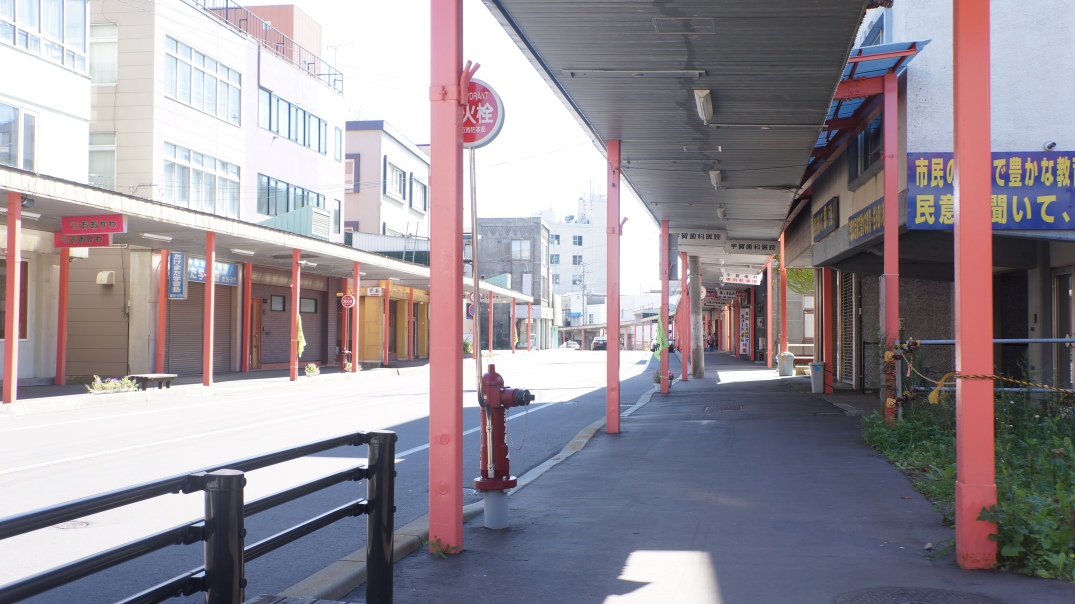 Muroran is dead, and pretty ugly.

These adjectives came to mind as I was researching on this port city, where I had booked a night’s stay to spend the Silver Weekend (The Japanese celebrate Respect for the Aged Day on 19 September, a day to honour the elderly). Most of the search results on Google were travel tips and “Top 10 things to do in Muroran” from Tripadvisor. It also talked about the mesmerising night view of the steel factories. I was struggling to put the words “mesmerising” and “factories” together. Surely, this must be a joke fashioned by the local tourist office. However, there was also a pretty lengthy and nostalgic piece on Muroran titled “Muroran: The town that time forgot” and while reminiscing about the halcyon days of Muroran, it also lamented its steady decline.

Despite knowing what to expect (well, kind of), I was still disappointed by how dead the city felt. I was the only customer in a tonkatsu restaurant at a little past noon on a Sunday afternoon. Outside, I could count with my hands how many people I had actually met on the way to this restaurant from the station. Never mind, I told myself. After all, the reason I came to Muroran was to seek out its natural wonders. While Muroran is not famed for onsens, shrines or man-made tourist attractions, it boasts some of Hokkaido’s best scenic views (the locals call it the 8 Sights of Muroran or 室蘭八景). And I’ve come here in search of arguably its most famous sight, the Earth Cape (地球岬).

The Earth Cape is a 2.7 km uphill walk from Bokoi Station. Apparently, there are no buses to the Cape, so you either walk or drive there. Unfortunately for me, my legs would have to be my wheels. Perhaps it’s the weather, or the fatigue from the upward trudge, but to be honest, the view of the Pacific, with the Earth Cape’s iconic ghostly white lighthouse only lasted mere seconds.

For some reason, the viewing platform, which would have offered a more panoramic (and beautiful) view of the ocean and setting sun, was closed. There was a dirt track along the wooden fence that seemed to lead to somewhere, perhaps, a secret scenic spot! Buoyed by my curiosity, I followed the stampeded track, only to find that it ended abruptly in a clump of bushes. 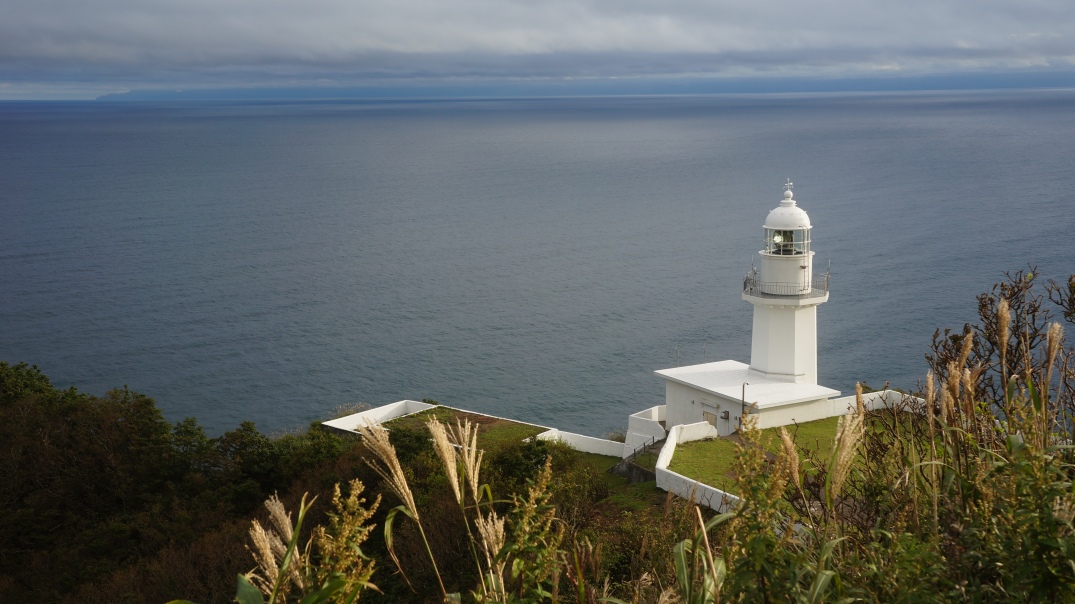 If you ask me, I felt the descent proved to be far more interesting than the ascent. Instead of returning to Bokoi Station, I took a left instead, in the direction of Muroran Station. Along the way, I came across a stunning view of a cove and a cemetery deep in the woods. Truth be told, I was walking at twice the pace because daylight was fading fast, and I was desperate to make it to the city centre before it got dark! Thankfully, I just about made it when the last rays laced the evening sky. 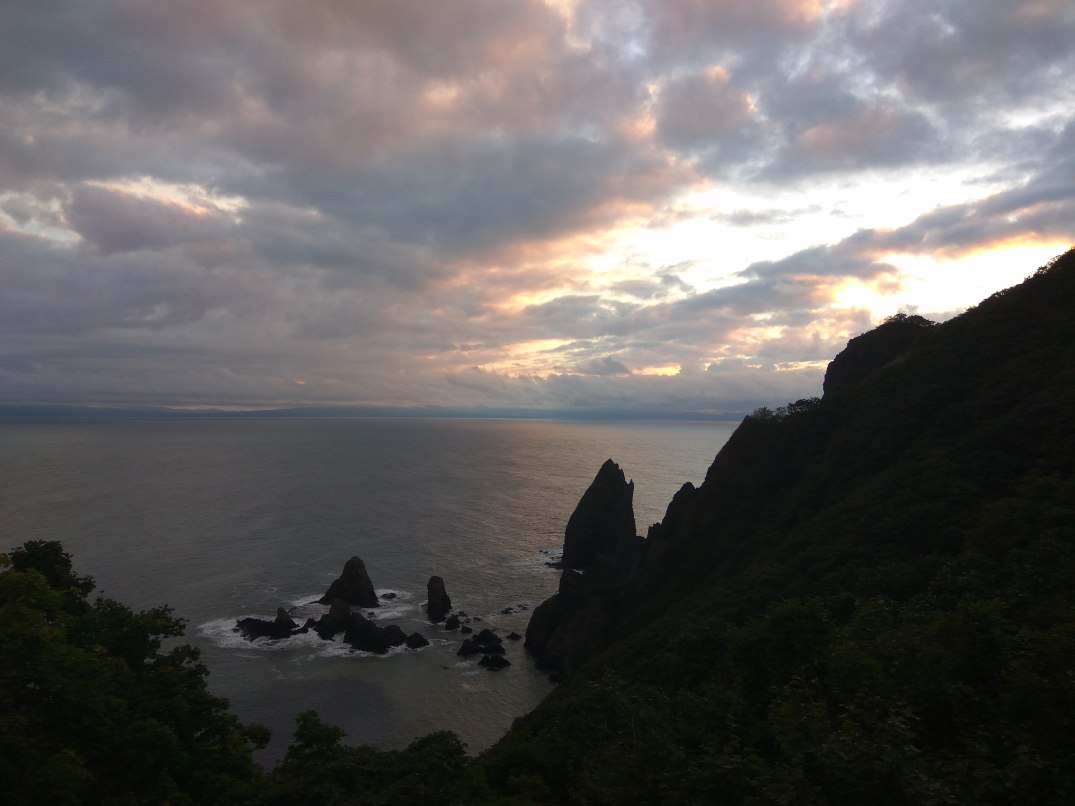 After a quick dinner, I headed for my next destination – the Hakucho Bridge. In a sense, I had to say I had asked for it. I had already spent a good part of the afternoon walking, and despite my aching legs screaming for me to call it a day, I decided to check out the Hakucho Bridge. Once again, Google Maps informed me that there seemed to be no bus connectivity, so I would have to make the 40-minute walk on foot. So I did, past empty streets, and empty roads. And this was just a little past 7 p.m. but it looked as if the city might already have gone to bed. For what seemed to me like eternity, I kept urging myself on, tucking my hands deep into my sweater in search of some warmth in the chilly air. As the bridge loomed larger into view, I realised that the start / end was a massive loop which meant that I would have to make a huge detour just to trace the entry. Just a little more, I egged myself. And then there it was, a sign that said “No entry to pedestrians, bicycles and motor-cyclists”.

I had trudged for more than an hour in 14 degrees cold just to discover that I couldn’t get on the bridge. I checked Google Maps again, and realised it was directing me to some unknown location after the bridge. I had come so far, I thought, I might as well give it one last throw of the dice. I followed the arrows on Google Maps, past a creepy deserted road buzzing noisily with crickets, past a row of warehouses with “No Entry” signs. And then I saw the gleaming waters. Besides the majestic Hakucho Bridge that spanned the Port of Muroran, I found myself standing before the famed night view of the JX Nikko Nisseki Energy factories, glittering like a swarm of fireflies. It was the most unlikely place to behold such a sight! 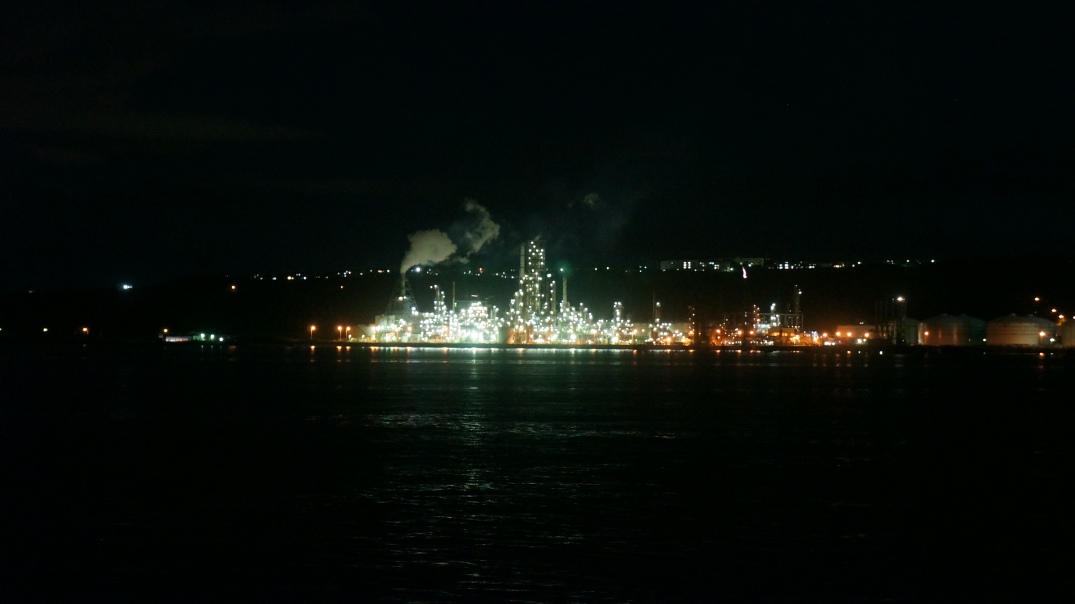 I spent the next 15 minutes snapping away, zooming in and out, even attempting a ‘live’ broadcast on Facebook. And then, the thought of having to trudge back to the train station suddenly hit me. It’s well past eight now, and I’m pretty sure any chance of a last bus was slim, since it was a Sunday. Along the return journey, I stopped at any bus stop I happened to come across and used my handphone as a torch to check the bus schedule. I had no luck for about two to three stops before I found one that told me that there might be a chance that I might still be able to catch the last bus. I decided I would take the chance.

I didn’t have to wait long.

Like a glowing beacon in the encroaching darkness, a bus slowly lumbered into view. I flashed a grateful smile.   LS 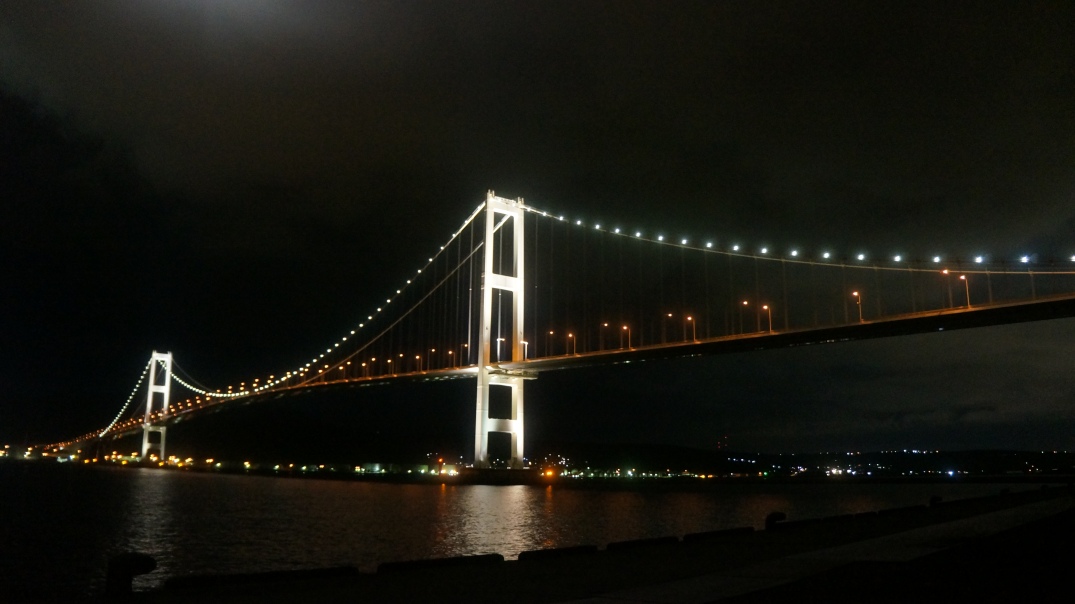 One thought on “Dead But Uglily Beautiful – Muroran (Part 1)”