It’s been three months since my last post was published, so I was reminded when I finally got to log in today. Today also marks my first week as a resident in Japan, or more specifically, in the city of Tomakomai in Hokkaido.

I come here as an Assistant Language Teacher (ALT) of English under the Japan Exchange and Teaching (JET) Programme, and will be based in Tomakomai, a name that probably does not register with many people outside of Japan. With a population of about 170,000, Tomakomai is apparently the fifth largest city in Hokkaido, and one of the four biggest ports in Japan.

Another word that is synonymous with Tomakomai is ice hockey, and you only have to look at the city’s mascot (the Japanese have mascots for everything, from food products to toilet paper) to know. I was presented with a business card of the city’s mayor, Mr. Hirofumi Iwakura, suited in an ice hockey gear.

I touched down in Tokyo’s Narita International Airport on 31 July. However, preparations for this day started two months before departure. From visiting Japanese schools in Singapore for lesson observations (to get an idea of how English lessons are taught in a Japanese school), deciding what to pack to scouring Chinatown, Little India, local markets, and department stores for the most quintessential Singaporean omiyage and then re-packing what I have packed, I found myself unwittingly caught in a roller-coaster ride of emotions as I attempt to repack my life in a suitcase.

It’s my first time living abroad alone, far away from family and friends. It’s also the first time I am well out of my comfort zone, in a place where English is hardly spoken, and a country whose culture and lifestyle cannot be any more different from mine. I find myself struggling with my rudimentary Japanese, though I could get by with asking for directions and shopping for groceries and buying the train tickets. Anything more is a tough ask. This, I hope, will slowly improve as I immerse myself in Tomakomai, and Hokkaido. 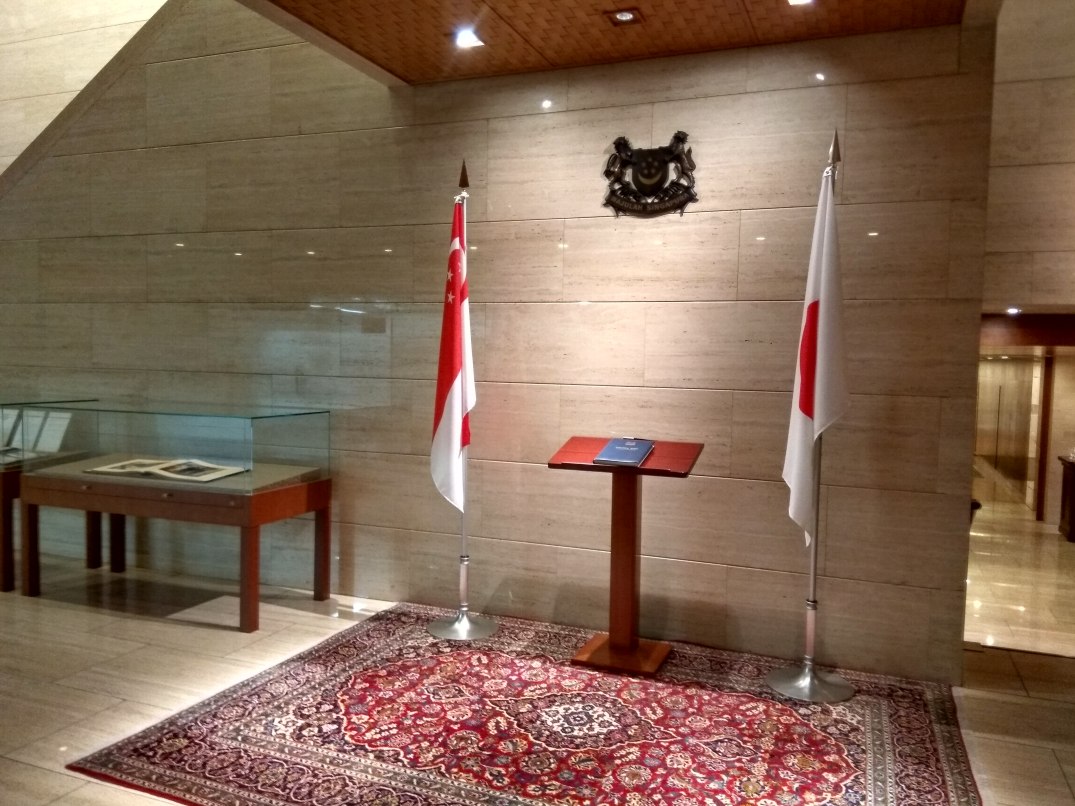 There were also other firsts, for example, visiting the Singapore Embassy in Tokyo in Roppongi, and the feeling of being treated like a pseudo-diplomat. For the first time in my life, I felt like I was part of something so much bigger than myself. The JET programme celebrates its 30th anniversary this year, and coincidentally Singapore celebrates its 50th anniversary of diplomatic relations with Japan. I’m excited to be part of this, but at the same time, slightly overwhelmed by my new environment.

I constantly remind myself that everything is going to be alright. 大丈夫 (daijoubu, the Japanese say).

2 thoughts on “A New Lease of Life”