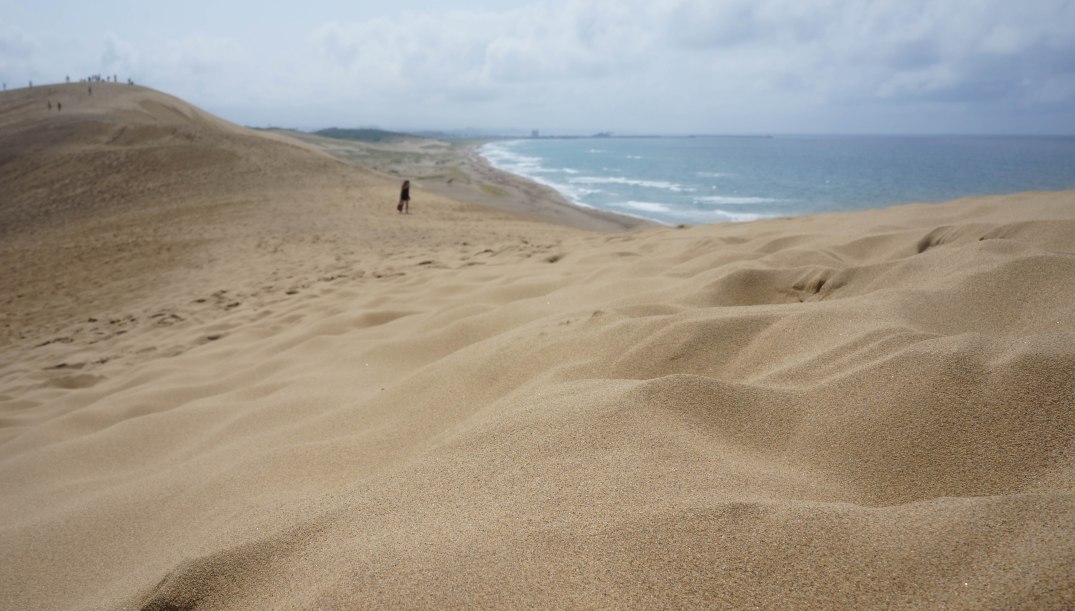 Leaving Himeji, my next destination was Tottori (鳥取). Frankly, there’s nothing much to see or do in Tottori, a friend once told me. You only go to Tottori to see the sand dunes, and that’s about it.

However, the name “Tottori” kept appearing on the news two winters ago, when it registered the heaviest snowfall in all of Japan that year in more than 50 years – so much so that the accumulated snow threatened to swallow houses and vehicles. My irrational mind was made up that day – I had to visit Tottori one day!

Spanning about 16 km along the Sea of Japan, the Tottori Sand Dunes (鳥取砂丘, Tottori Sakyu) are the result of thousands of years of sand deposits from the nearby Sendaigawa River (千代川). Today, they are the main tourist attraction in Tottori City.

If I’m being honest, I actually enjoyed the trip to the Sand Museum (砂の美術館) more than the dunes, the sweltering summer heat being one of the main reasons! The Sand Museum is situated one bus stop away from the main entrance to the dunes. I was a little skeptical of the Museum at first, which looked really tiny from the bus as I passed it on the way to the dunes.

However, stepping inside, I was blown away!

Think really massive sand sculptures – so huge that I struggled to get every single sculpture into my camera frame. Each year, the Museum features a different theme and this year happens to carry a Scandinavian flavour – from Hans Christian Andersen’s Little Mermaid sculpture (representing Denmark) to the Vikings (Norway) and Alfred Nobel (Sweden).

The next day, I decided to do a day trip out of Tottori (since I practically ticked all the boxes of “things to see” in Tottori with that trip to the dunes). I was intrigued by a photo of this temple that looked as if it was carved into the side of a cliff.

I only came to know about the Mitokusan Sanbutsu-ji (三徳山 三佛寺) because I got bored on the train to Tottori and decided to browse the travel pamphlet in my seat pocket. To get to the temple, I had to take a train out from Tottori to Kurayoshi Station (倉吉駅), from where a 35-min bus ride would take me to the entrance of the temple grounds.

Never did I expect that I was in for some serious hiking that involved climbing over tree roots and clinging on to metal chains for dear life. However, the sight of the temple itself was enough to take your breath away, and convince you that it was well worth the hike (or hype).  How was this temple even built in the first place? Or was it really an act of the gods, as the legends would have you believe. 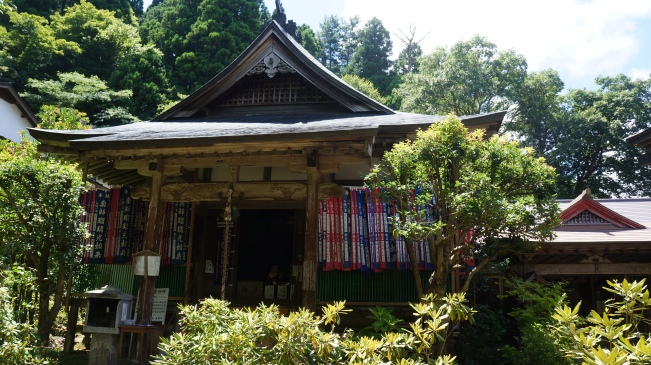 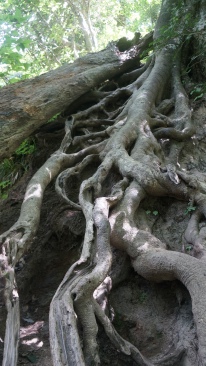 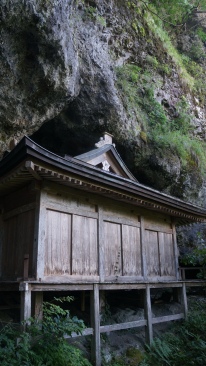 I rounded off the day trip by exploring Shirakabe (白壁), so named because of the characteristic whitewashed walls of the storehouses in that district, and said to date back to the Edo and Meiji periods. It’s one of those nostalgic old towns that get tagged / burdened with the “Little Kyoto” moniker. It’s possible to walk to Shirakabe from Kurayoshi Station (倉吉駅). However, the earlier hike up to Mitokusan had taken the stuffing out of me, so I settled for a bus ride that whisked me there in less than 10 minutes.

Unfortunately, Shirakabe turned out to be pretty disappointing for me at least, as the buildings were not only poorly preserved, but also, the streets were deserted and the shops closed. Oh well, at least I bought myself a bottle of local sake as a present.     LS 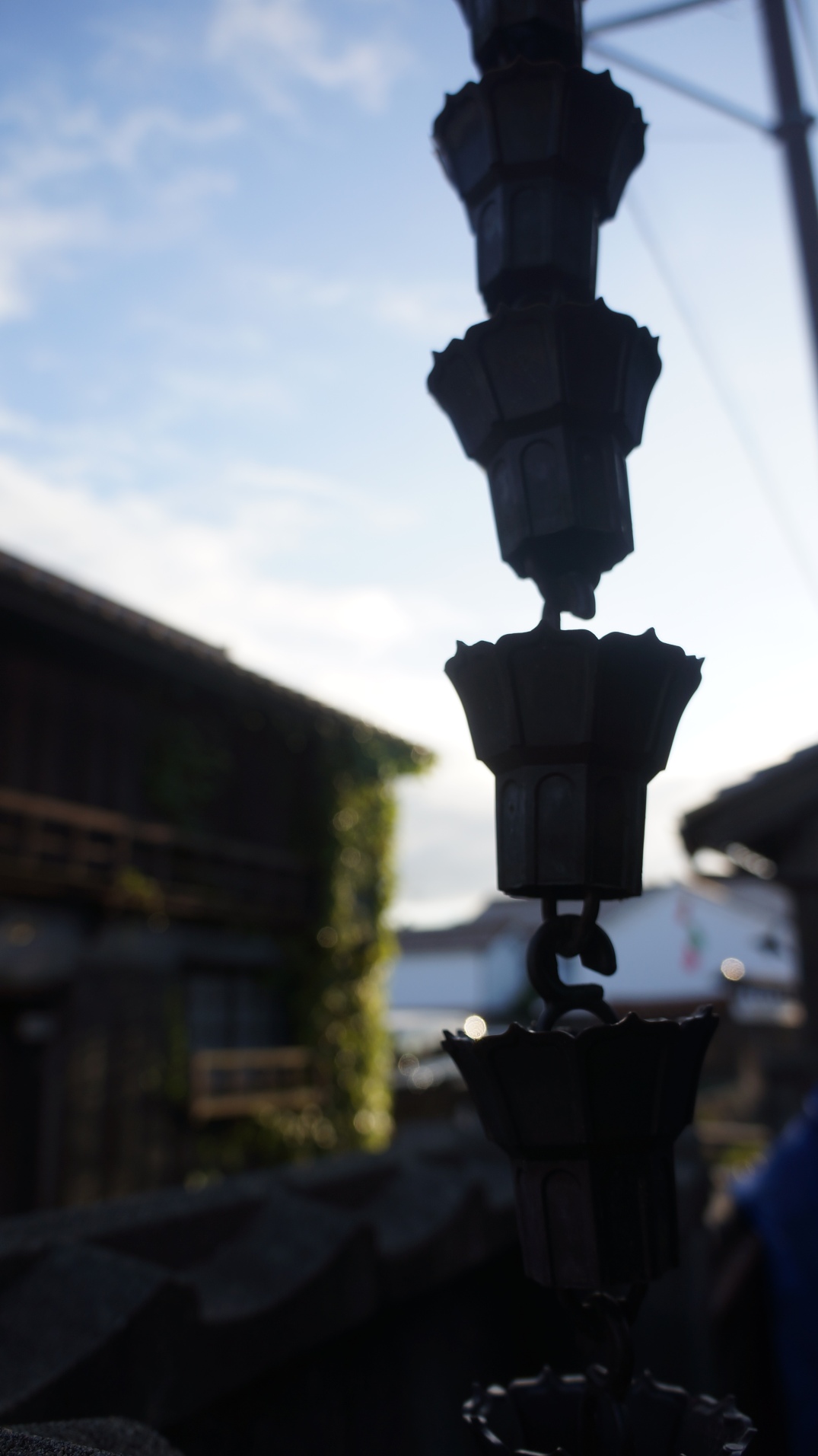